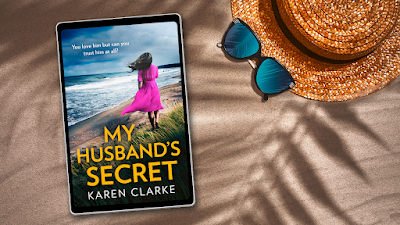 My Husband's Secret is finally out in the world, in eBook at least - paperback and audiobook to follow on August 18th. That sounds so far away, but being as I've just realised it's July already, it'll come around quickly.

Reviews so far have been great, and I hope readers enjoy this one, set in Robin Hood's Bay in North Yorkshire, not far from Scarborough where I grew up. Though I've lived in Buckinghamshire for much longer and consider it home, my family still lives in Scarborough and I'm hoping to visit before the summer's out and take a trip to Robin Hood's Bay.

June flew past in the blink of an eye, with some lovely weather that made it stand out, and a trip to Aldeburgh with Lovely Husband, where we stayed in a characterful cottage close to the sea, visited Sutton Hoo, where the film The Dig was filmed - well worth a watch - and generally chilled out for a couple of days. 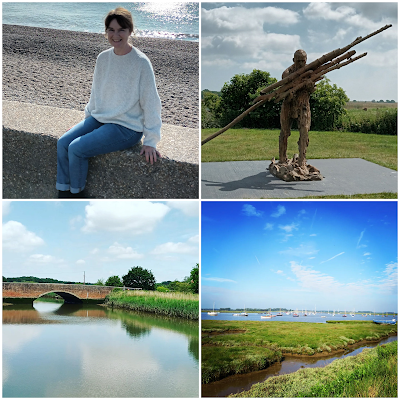 I also had gallbladder surgery, which has been on the cards for a while and I'm thankful to have got out of the way, but it meant missing my publisher's summer party, held this year in the gardens of the Victoria and Albert Museum, as I didn't feel up to a trip into London - apart from anything, I haven't been on a train in over 3 years - and standing up for a long time. Maybe next year!

My next book is almost finished, and I should be signing a contract any day - always an exciting moment. This will be my fifth psychological thriller and sixteenth book overall (including the two I wrote with Amanda Brittany) which, if anyone had told me ten years ago would be happening, I wouldn't have believed.

In other exciting news, Amanda and I have been offered a contract by Joffe Books for our next novel, and will find out soon when that's going to be published.

I always forget to mention some of the amazing books I've read and would recommend, so here are a selection I've recently enjoyed if you're looking for a good read (apart from mine of course!) I listen to a lot of audiobooks too and Lessons in Chemistry by Bonnie Garmus is the best I've heard in a while, the narrator did a superb job of bringing he outstanding main character Elizabeth Lott to life. Summer is officially here, so I'll be writing in the garden whenever I can and photographing the long-suffering birds and butterflies! 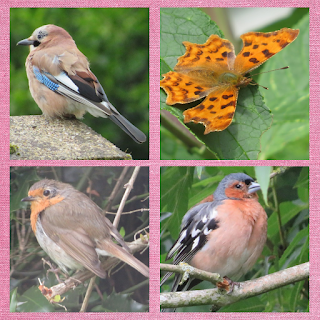 Wherever you are and whatever you're doing, stay safe.