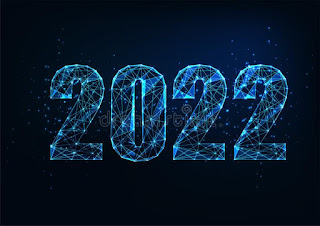 So, it's 2022, a year that looks and sounds futuristic - the sort featured in an old episode of Star Trek, when it was imagined we'd all have flying cars and be dressed in silver jumpsuits.

I like the promise of a new year, a blank page waiting to be filled. I don't make resolutions as such when it comes to writing, but picture myself being more productive/disciplined and focused though - in truth - it'll no doubt be more of the same: lots of procrastinating, interspersed with deadline-panic-motivated writing followed by a sigh of relief and a burst of housework.

I'm currently finishing a thriller with co-writer Amanda Brittany and we've outlined a new idea which is being submitted to our publisher in the hope we'll be offered a new contract. So, that's exciting.

In the meantime, I'm waiting on edits for my latest book, and for the paperback and audiobook publication of My Sister's Child on February 3rd. The Works is taking 5,000 copies which is a thrill as all writers love to see their books on shelves. I'll be darting into various branches taking 'shelfies' and grinning inanely - and perhaps strong-arming customers into buying copies. (I won't be doing that.)

The weather's typically cold and frosty for January, but it doesn't stop me walking every day, working off the Christmas Quality Street and mince pie excesses, fixing plot holes as I go and enjoying the scenery when I look out from the imaginary world in my head.When the sun's shining as it has been today, it doesn't seem too long now until Spring, which these birds - pictured in a tree in our garden - also seem to be looking forward to. 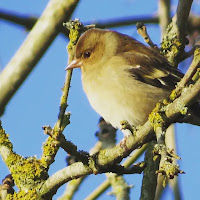 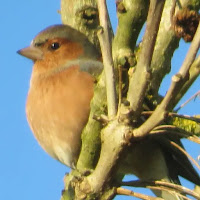 Whatever you're doing this January, stay warm and safe.