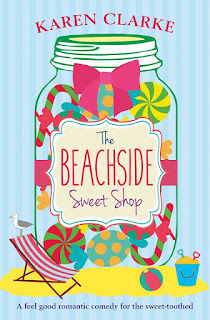 This year's flown by (I'm sure I say that ever year) and it's been an exciting one writing-wise, and my most productive to date. Since joining Bookouture I've finished two of the three novels I've been contracted to write, and it's been so enjoyable, knowing there's an end result; that my books are going to be published and (hopefully) read!

The cover reveal for the first in the series was posted on social media this week, and although the book won't be launched until 2nd March, it's now available to pre-order on Amazon. It was exciting to see - I have to keep pinching myself.

I have to write book three next, and as it's going to be set around Christmas now would be the ideal time to get going, but I've only just finished book two and MUST do Christmas for real first. I've done nothing so far, and there's a big old tangle of fairy lights with my name on them. I'll probably bin them and buy new ones as usual ...

Whatever you're doing, I hope you remain tangle free.

Have a wonderful Christmas, and a happy, healthy and peaceful New Year.
on December 11, 2016 7 comments: