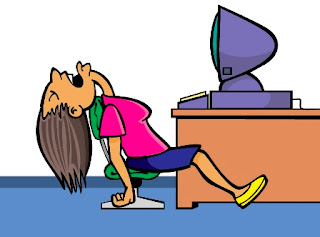 I was rooting around my blog earlier, feeling nostalgic for the days when I used to be on here every week, and noticed in my 'popular posts' sidebar (there were some, honest) that this one has been perused a lot lately, which was celebrating my 100th post back in the halcyon days of 2008 when I was young, impossibly glamorous, and probably high on cake.

I checked it out, laughed at my own dry wit (what the hell happened to that?) and noticed with a gasp that there were 76 comments underneath.  SEVENTY-SIX??  Even in my heyday I wasn't THAT popular.  Had been people been steadily leaving comments over the last five years, then flouncing off in a huff when I didn't bother responding?

I checked it out immediately, wondering what nuggets of congratulatory wisdom had been left in my absence, and discovered that yes, indeed people HAD been leaving comments - anonymous people, selling sedatives and Viagra.  Which surely cancel each other out?  Oh, and painkillers - presumably for when you've nodded off on the job, slipped off the bed and whacked your head on the skirting board.

It put me in my place, anyway.

But I am going to try and blog more regularly (whether you like it or not) even though it's gone slightly out of fashion, like wearing a bowler hat.  Not that I ever have, but you get my drift.

Love is in the Air 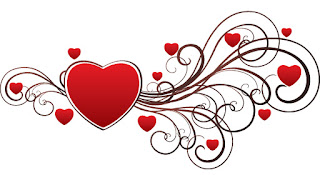 My lovely agent decided to offer MY FUTURE HUSBAND for free for a couple of days, to coincide with Valentine's Day, and phoned to announce it had been downloaded almost 6000 times in one day!  To say I was stunned is an understatement.

I'm number one in the free download chart at the moment - Les Mis is number 4. Not that I'm bragging or anything, but we have to grab our pleasures where we can.

What's even more fabulous is my agent can now show those figures to publishers and editors and try to convince them there IS a market for this kind of story, and to offer me a book deal IMMEDIATELY.

Okay, she'll probably be a lot more polite than that, but I've started to feel cautiously excited all over again - which is probably unwise.

It did tickle my fancy to see someone in Japan had downloaded a copy - maybe they pressed the wrong button?!
on February 14, 2013 17 comments: