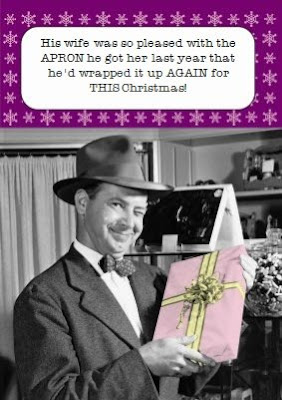 It usually happens around this time. I go into panic-mode. There're still presents to get, there's food to buy, flies to kill (why are we inundated with flies at the moment??) friends to visit in order to drop off presents that are yet to be bought, and a mother to collect from Up North, who'll be staying until the New Year.

There's no time for reading, writing or blogging.

Having said that, Mother lies in until ten each morning (she stays up late) so I'm hoping to wake up early and sneak a couple of hours on Netbook while she's here. Mind you, best laid plans and all that...

In the meantime, have a wonderful Christmas lovely readers xxxx

Came back from Christmas shopping earlier (thought I'd better make a start) to find a letter from Best magazine, accepting a short story I submitted ages ago.

Bloomin' marvellous! They'd changed the title, so it took me a while to suss out which story it was, but when I did I was extra glad as it's a humorous one that I didn't think stood much of a chance. I rather hope they haven't changed it too much.

Anyway, it will appear on the 17th February if you happen to be slinking past a newsagent's. Not that I expect you to write it in your diaries or anything...

On the downside, I've been told by an expert that I have a tendency to 'meander' in my novel's early chapters. I think I need to start applying the principles of short story writing there, because I don't meander when I'm writing a short story. There's no time. Every word has to move the thing forward. I KNOW this, but with 80,000 words or so at my disposal I seem to fall into the trap of digressing like Ronnie Corbett (that dates me) and it's got to stop. I rather like the word 'meander' though - it sounds quite gentle. I'm sure it's a polite word for 'ramble' but sounds much nicer - as does perambulate. 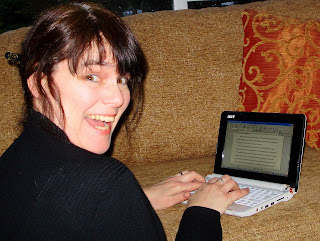 This is me, playing with my new toy. Now, last year I know I rhapsodised long and hard about Laptop and our 'getting to know each other' sessions in the bedroom - which just goes to show how fickle I am. In a shot, I've traded him in for a Netbook. Laptop was just too big and unwieldy for me to cart about - I like a gadget I can pop in my handbag (don't even go there...) Plus the battery kept running out every five minutes. Hark at me, slating the poor chap behind his back. Sadly, like a boyfriend whose habits endear you in the beginning, he soon started to annoy me.

I got a decent price for him and he's gone to a good, manly home. (He's blue, which is why I refer to him as He. Either that, or I've gone bonkers.) ANY-way. My new love is Acer, the shiny, white Netbook. Small but perfectly formed she fits in my bag, looks gorgeous and is sturdy enough to bash someone round the head with, should the need arise. Which it probably won't.

And yes, that is proper grown-up novelesque writing on her teeny-tiny girly screen.

I finally found a festive mood as our new Christmas tree arrived. I put it up with This Morning burbling in the background (it's traditional for me, okay??) and slung some new eco-friendly, red berry LED lights, which I bought a while back, round its many branches, before attaching all the baubles and trinkets garnered over the years - thankfully not chucked out for the bin-men - but the problem is I don't like the new lights, after all that. They don't look properly festive to me, and I'm worried that the red glow emanating from the window will send out entirely the wrong message....

And the third thing...

I've received another super-duper award, this time from those lovely ladies Lily and Leigh and JJ - I feel very spoiled at the moment but as a condition of acceptance I have to reveal five addictions. (Only 5??)

They are, in no particular order, cake, America's Next Top Model, writing, chocolate and my lovely slippers. (No, I'm not ninety I just can't bear having cold feet).

Bugger off all Ye Faithful 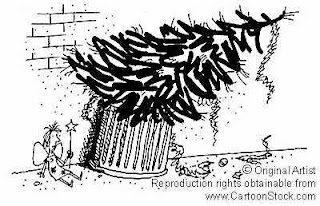 I thought I'd put the Christmas tree up today, as I had the house to myself for an hour, then remembered I chucked it away last year in a fit of resentment. It was an artificial one (I'm allergic to real ones) so there was nothing remotely wrong with it. I simply couldn't be bothered to stuff it back into its box (which mysteriously shrinks every year) and cart it all the way up to the Cupboard of Crap in our bedroom. I know, I know I'm awful and wasteful. I like to think it was rescued en route to the dump, and is now resplendent and twinkling in someone else's living room. Sorry little tree.

Anyway, unable to face buying a new one in person I ordered something online (it looked like a Christmas tree, so fingers crossed) and thought I'd work on my latest chapter instead. Trouble was, Christmas thoughts kept barging in on Writing ones like unwanted guests. No sooner had I got to grips with a tricky paragraph than in they came; taking their coats off, flicking the kettle on and making pertinent comments like,

"Weren't you supposed to track down that perfume your Mum used to wear in 1970?" and "Don't forget to order a Torchwood calendar for your nephew," and "remember you have to post your niece's present off, and you haven't bought it yet." Even more chilling were the words, "there're only seventeen days left until Christmas, you know."

Must be upbeat though. My daughter said to me yesterday, "For god's sake Mum, stop putting a big, fat dampener on Christmas. I'm trying to look forward to it." 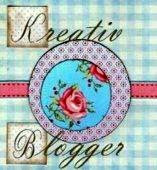 Also, received this lovely award from the feisty BFS at Boomer Baby Bliss for which I'm most 'umbly grateful. Only thing is, I think it's spelt wrong ;o) Might have to build a virtual shelf for them all now (she bragged unattractively).
- December 08, 2008 24 comments: 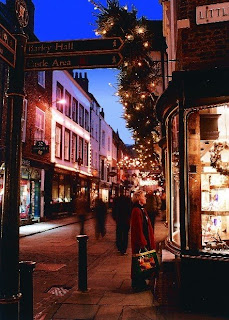 I've always loved travelling by train, but don't do it very often these days. Yesterday I travelled up to York to meet my mum and sister (they live in Scarborough) for some chat and some shopping, although rather more chatting than shopping got done, which suited me fine. Lordy, it was cold though.

Getting to King's Cross - the first leg of the journey - at rush hour was an eye-opener. I've never done it before. Once everyone was stuffed into the carriage it became a home from home. These people were clearly professional passengers. The minute we set off laptops were fired up, newspapers flapped open, books raised, folders dragged out, noses picked and breakfasts eaten (the last two counted as one activity in some cases).

I half expected a television in the corner to start blaring out GMTV and someone to pop their head round the door and shout "Right then! Anyone fancy a cuppa?" Which I would have, as it happened. What I didn't hear for the entire time I was on that train, was anyone utter a single, solitary, humanoid word. At one point, I felt like jumping up and shouting "Nik nak paddy whack, give the dog a bone!" (what does that MEAN by the way?) but worried they might have a system for dealing with tricky passengers, and I hadn't factored in being flung from a moving train.

The National Express to York, however, was a different story. Nobody could shut-up. Not talking to each other, mind you, but into their mobile phones. The man sat opposite wanted his secretary to download a crucial PDF file for a meeting he was running late for, but didn't want her showing anyone until he got there. I didn't want to know that, but had no choice. Call me ruthless, but I switched my phone off the second I boarded. Apart from a couple of texts about arriving safely, I didn't want to make contact or be contacted. So there.

What I did do while I was being transported forth and back was work on a synopsis for t'novel, to keep me on track, and read a whole book - The Missing Person's Guide to Love by Susanna Jones. Very good it was too. That's what I really love about train journeys- you're absolved of all responsibility for a good few hours.