Happy Christmas from Renee and me 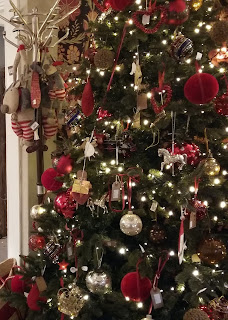 So, the last time I updated my blog, one book had been published, and I'd just finished co-writing a psychological suspense novel with my lovely friend, Amanda Brittany.

Back then, the sun was shining, summer was underway, and there was still a good six months to Christmas. So how in the name of Peter Rabbit is Christmas here, just a few days later?? It makes no sense at all.

Yet, things have happened in the meantime ...

We sadly lost our beloved Mollydog in July, just shy of her 13th birthday. We're still getting used to not having her around and miss her a lot. We'll probably get another, but it doesn't feel quite right yet.

Then I finally finished the first draft of my standalone novel, which is awaiting another going over before I send it to my agent for approval (or disapproval. Hopefully, the former.)

The co-written novel has been out with publishers for a while now, and we're still waiting with bated breath to hear some news. Preferably good news. Although all that bated breath is taking its toll; we're red in the face and light-headed now.

Another joint novel is underway, and there'll be more of that in the New Year, all being well. (I always add 'all being well' to avoid 'tempting Fate'. A habit I can't seem to break.)

I've read lots and lots of books, more than ever, thanks to under-the-duvet Kindle reading before sleeping at night and sometimes first thing in the morning. I like to think reading good books helps me hone my writing skills, but mostly I just like reading good books.

A rather bizarre highlight of recent months was the actress, Renee Zellweger, rocking up at the house opposite ours ... 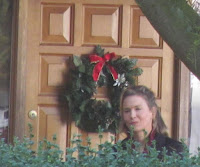 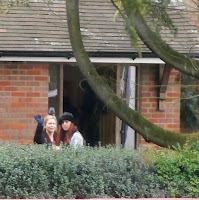 with around twenty film trucks, multiple extras, actors Jim Broadbent and Celia Imrie - among others - to film scenes for the new Bridget Jones movie.  Embarrassingly, Renee spotted my daughter and me, standing on my bed to get a photo, and waved. Which was nice. I doubt we'll make it into the movie though.

And on that bombshell it just remains for me to say, as I have for the past eight (yes EIGHT) years, thank you for reading, supporting, and being generally lovely all year.

Have a wonderful Christmas, and a happy, healthy and peaceful New Year. 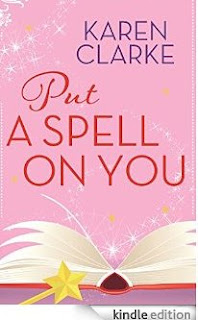 If you were granted one wish, what would it be? I'm still trying to think of one that encompasses world peace, toned thighs, wealth, and good health forever, without coming across as incredibly greedy.
on June 04, 2015 14 comments: 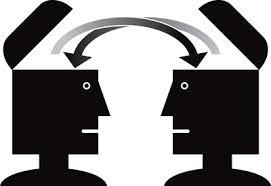 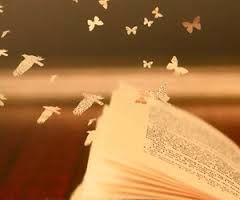 It's often hard to feel motivated at this time of year - the bleak mid-winter and all that, plus it was my *%th birthday in January - but writing-wise things have got off to a flying start, with several short story sales, and a trip to meet my editor at their lovely Little, Brown offices in London.

Once there, I had to stop myself stroking all the shiny new books arranged temptingly on shelves and tables, and from staring around, wide-eyed like a girl in a story, visiting New York for the first time (or doing something equally awe-inspiring and dream-come-trueish).

I'm sure if my lovely agent hadn't been with me, keeping the conversation on track, and asking relevant questions, they'd have assumed I'd wandered in off the street, and arranged to have me escorted out of the building.

As it was, there are plans afoot to publicise my third novel before it's release in June, so we brainstormed a few ideas and I came away feeling enthused and raring to go.

So here I am, gazing out of the window, snow blizzarding (is that a word?) down, and I'm suddenly in the mood for writing a Christmas story, even though it's too late for that. Or too early.

Still, I've found that when inspiration strikes, in any form, it's best not to ignore her. Inspiration is a her, I'm sure. I can smell her perfume.*


*Clearly my meeting in London has made me more mad fanciful than usual.
on January 31, 2015 8 comments: