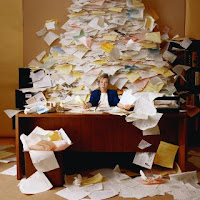 My lovely writing friend Helen Hunt is holding a short story workshop at the end of July, aimed at the women's magazine market. She's had plenty of success in this area and knows her onions, so if you're looking to break into the market ... don't sign up. There's enough competition out there already. I'm kidding. No really, I am. DO sign up - I know you'll have an enjoyable and informative experience.

I once did a creative writing course at a local college, when the children were little. My ex-husband didn't believe me and thought I was having an affair. With three children under five, I can't imagine how he thought I had the energy to cheat on him AND write a short story to show him when I got home. But I digress...

Several people on the course were, in my opinion, genuinely talented - one young chap in particular had us in stitches every week with his inventive, off-the-wall tales, and I was certain that one day I'd be either reading his bestselling novel, or seeing a screenplay he'd written. We all did.

I bumped into him in Boots the other day. He works there full time now, and gave up writing soon after the course ended and I couldn't help thinking what a shame. Writing obviously wasn't for him and yet ... I'd bet my life that if he'd persevered he'd be wildly successful by now, because he was a hell of a lot more gifted than most of us in the group - myself included.

It made me realise whoever said writing is 99% perspiration and 1% inspiration is absolutely true for those who stick with it, and the rest? 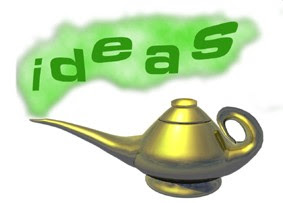 There was a character in Case Histories on BBC1 last night who was a a novelist, and in one scene a nurse says to him, "There's something I've always wanted to ask. Where do you get your ideas?"

The look on his face said it all, and I gave a wry little laugh. It's one of those questions writers dread as it's so hard to answer sensibly.

It would be great if there was an ideas bank where you could go and withdraw inspiration when you're running low, but for me I find that the more I write the more ideas seem to pop up, and they're everywhere.

A while ago the lovely Teresa Ashby ran a 'first line' competition on her blog, which I entered. I didn't win, but the line stuck in my mind and I've just sold the resulting story I wrote to Woman's Weekly.

A few months back my daughter rang on her way to work in a panic, with the immortal words, "It's only half past six and I've killed a cat."

I think I managed an appropriate response, but I was secretly thinking what a brilliant story opener and subsequently sold that story too.

Sometimes a line on the news or in a TV drama, or in a newspaper or magazine, or an overheard snippet of conversation in a cafe, or something I see in passing will plant itself in my head, and I know there's a story lurking that I want to write.

I've even woken up lately with stories half-formed in my head, that haven't seemed completely ridiculous a couple of hours later.

Maybe it's like exercising a muscle that keeps growing stronger and it's got to a stage where I'm subconciously seeing stories everywhere.

I don't want to put ideas in Teresa's head, but my daughter did demand a cut of my earnings from the dead cat story, as she said I'd never have written it if she hadn't phoned me that morning. (The cat wasn't dead, by the way.)

Which, to be fair, is spot-on.

She did back down though, once I began droning about the unpaid labour that's gone into parenting her over the past twenty years.