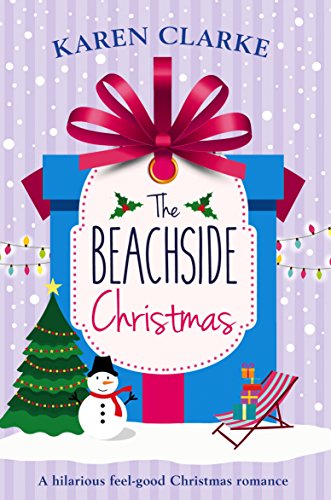 Coconut ice - now that brings back memories. I used to make it with my mum. Good luck with your Christmas novel, Karen x

Thanks, Wendy :-) The coconut ice definitely brought back memories, but no one really liked it apart from me!

Got it downloaded and can't wait Karen. So enjoyed the other two in the series. Really laugh out loud, yet poignant too, and loved all the characters.

I live at the seaside and can honestly say I never take it for granted. I absolutely love living here and wouldn't want to be anywhere else. Guess that's contentment eh!

Good look with the book not that you'll need it I'm sure :-) xxxx

Thank you, Sue, I hope you enjoy this one too :-)
I appreciate the seaside a lot more now that I don't live near it. I think it was partly because in the summer, Scarborough was so crowded with tourists, we'd avoid the beach at all costs! xx

Sounds as though the research has been interesting.

I love research, Patsy, but it's easy to get carried away!