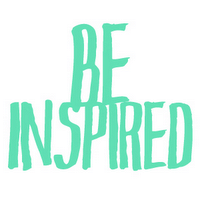 I've been tagged by the lovely Susan Jane Jones to answer some 'inspiration' questions about my book.  It would be rude not to really, but I thought I'd focus on my second novel, PUT A SPELL ON YOU - due to be published in 2014 - as anyone who knows me is probably sick of hearing about book one!
1.  What gave you the idea for your book?
I was mulling over how great it would be to wave a magic wand and make people’s problems disappear, and it popped into my head that it would make a really good story – providing everything goes wrong, of course.
2.  How long did it take to write overall?
Just over a year, including rewrites.
3.  What kept you going when you were half way through?
I wanted to know how it turned out!
4.  Are any of your characters based on real people, even though you have to say they aren’t?
They definitely aren’t.  If I try and base characters on real people I lose the plot (literally). I’m sure they have traits of people I know, but I never consciously focus on them.
5.  Did you ever wonder if you’d have the work published?
All the time.  I believed in my writing but you need other people to believe in it to make it happen. (Actually that’s not true any more, what with all this new-fangled digital, self-publishing malarkey!)
6.  When you’ve had one book published, do you feel under pressure with the next one?
Luckily I’d written another one while waiting for the book-deal, so the pressure’s off for a bit!  I’m sure I will feel it though.
7.  Would you write in a different genre next time, or do you always stick with what you know?
I’ll probably stick with what I know for now (and be thankful I’ve found an agent and publisher who like it) but I’d love to write a psychological thriller one day.
8.  Do you prefer writing a novel, or short stories?
I genuinely love writing both and can’t imagine giving up either.
9.  Do you use everyday happenings in your writing?
This very day I wrote a short story based on an anecdote from a friend about her husband helping an old lady who toppled into her compost bin while putting out rubbish, and when he got her to her feet her skirt fell down. Well they do say truth is stranger than fiction...
10.  If your book was to be on TV who would play the lead male and female roles?
I’ve become totally addicted to ‘Breaking Bad’ over the last few months – watching all 6 seasons back to back – so I’d have to say Bryan Cranston and Anna Gunn.  Sadly, they’d be all wrong for my books (too old).
Thanks for the tag, Susan, but I really must stop talking about myself.  Unless anyone else has any questions they'd like to ask?  Anyone...?  No?  Really?  *sulks*  I'll get my coat then...
- October 31, 2013

Always good to hear the inspiration behind something, Karen.

This was very interesting, thank you! I think if I was to write a book, I'd find it very hard to resist the temptation of writing people I know into it.

Loved this, Karen and I can't wait to read your new book (think I might have mentioned how much I loved the first one :-) )

I had to laugh about no 9!! Still smiling about it now. Hope the lady laughed about it too :-) x

Can't wait to see your story about the compost bin in print. Great answers! X

Thanks, Wendy, I do like reading other people's inspiring stories so hope I'm not being too boring!

People often think I HAVE written about them in a story, Librarian, and I'm sure they don't believe me when I say it's not true. (Probably says more about them!)

Aw thank you so much, Teresa, you are lovely :o) I did laugh at my friend's anecdote - what I didn't add was that a neighbour came out to help, looking a bit fed-up - apparently the old lady's a bit of a drinker and often has little 'mishaps'!

Thanks so much, Mandy - though the story would probably have made a better TV sketch!

Enjoyed reading about your next book, Karen - and everyone seems to be taking about Breaking Bad! Since I've never seen it, I feel quite left out and will need to remedy that sometime.

It's quite a commitment, Rosemary, but it's been worth it (so I tell myself, anyway :o))

This is certainly a great article, Thanks! However I am experiencing problem using Ur rss . Don't understand exactly why Unable to sign up for it. Is there any one having similar rss trouble? Anybody who is aware kindly reply. Thanks

I can't stop laughing about the lady with the wheelie bin and totally understand your addiction to Breaking Bad, love it!

Writing during a heatwave

Chiltern Brew Cafe Garden It's thirty-one degrees today and while we've been waiting - it seems - forever for summer to arrive, the ...