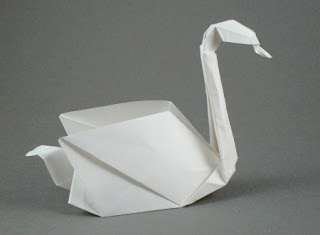 Good luck with the edits!

"I've tried shoving them down the back of the radiator, setting them alight in the garden, fashioning them into origami swans, sliding them under the mattress and taking an axe to the buggers" -- Talk about a masterful twist! I just finished the first revision of one of my books. I obliterated 1/6 of the book, and likewise wish it had been as easy as setting them on fire!

I'm wishing you luck. Cutting seems to be even harder than writing.

The list of things you've tried to do with your extra words sounds like an Agatha Christie advice guide to murder methods. Might come in useful one day for your editor ...

Editing them down is my favourite bit! It's writing the bloody thing I have a problem with!! 8-D

You could always send them to me. I could do with 100 pages of excellent prose to get me started on my next novel. :)

Good luck with the edits

Good luck with the new edits. I am sorry the previously tried remedies were unsuccessful!

Stick 'em under the ironing pile - works for me when I want to lose something.

Great that so much of the feedback was so positive. I think you'll find the editing is easier than if you'd been asked to add 100 pages - cold comfort, I know, but still. Very best of luck.

Good luck, Karen. 100 pages is a lot to have to lose - now if you didn't want to lose them, they'd probably disappear overnight!

Good luck with the cull. I wonder if you gave the same pages to ten different people whether they would cut the same stuff? :O)

Love the swan! Hope you manage to make those extra words disappear. My contemporary novel (seeking an agent) had to lose even more words than that, but I'd given my characters too many meal/coffee stops!

Good luck, Karen. I know you can do it! x

Brilliant. Sounds good. Cutting is easy and will probably increase the pace anyway.Except 100pp a lot to lose. I had to cut down bk A and lost the old ending. Didn't matter.

The best of luck! I think it's really hard to cut like that... Love your blog and will follow with interest.

I don't envy you - lopping bits out is far harder than conjuring them up in the first place. I'd suggest sawing them in half like a magician but, er, you'd have twice as many then.

You can do it, you know you can X

Shame you can't just twitch your nose and get it done in a jiffy.

Good luck with the edits.x

Good luck, Karen. It's a lot to lose but you can do it, girl. xx

Put the words into the tumble drier - in pairs - and I guarantee only one will come out. Does that help?

Good news that the feedback is positive! Bad news about losing 100 pages! Good luck -- in a strange kind of way, I quite enjoy cutting words. Can I come round? :)

I love how you described trying to get rid of your pages. Gave me a chuckle. Good luck with the rewrite.

Hi - lovely to meet you! Good luck with the editing :) It's an amazing achievement to be at this stage!
Lx

Good luck! That sort of revising isn't easy. Will think nose-twitching, finger-snapping thoughts for you!!

Good luck with the editing. I always end up with loads to cut from whatever I write. It's hard. I find it easier to expand than to cut. I'm sure you'll get there soon. I love your ideas of how to quickly get rid of those pages.

Hope the pruning is going well.

Congrats on the positive feedback. I know how scary the wait can be! And good luck with the edit - I know how wretched that can be! Head down, a bit every day (or every other day) and you'll get there in the end.

Wow that's the way go... But shoving them down the back of the radiator :-) I would worry about doing, Well with all that heat they might just start breeding. And where would you been then?

Good luck with your editing.

Glad the feedback was mainly positive, but 100 pages? Wow! I always find cutting easier than adding but even so that's quite a cull. Good luck with it girl! :) x

I have every confidence in your editing skills. And, indeed, your origami skills!

Thank you all for your wonderfully supportive comments, as always. You really spur me on actually, and after a considerable amount of faffing about and mulling things over, and a small crisis of confidence last Tuesday, the editing is finally underway - though I've still a way to go yet!