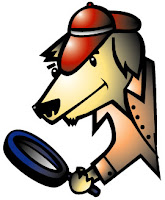 Technology's a marvellous thing for a writer - endless info at your fingertips, access to lovely blogs and writing forums and groups - it's enhanced my career (if you can call it that) no end, as well as presenting me with online friends and endless ways to procrastinate. But in terms of telling a story, especially one with a hint of mystery, it can be a hindrance.

There were so many times when I was writing the novel that I thought ... hang on. All she has to do is Google him and she'll know everything there is to know. Because that's what people do these days. Or ... wait a minute, why doesn't she just whip out her mobile and phone him? Because EVERYONE has a mobile phone. It wouldn't make much of a story though. Girl meets boy, isn't too sure about him, checks him out on t'Internet and they live happily ever after.

What it meant was I had to be extra inventive and come up with ways round these things - and I don't mean changing the setting to the early seventies, although it did cross my mind at one stage.

It made me think how much easier, but less interesting, life would have been for Miss. Marple and Sherlock Holmes if they could have Asked Jeeves whodunnit instead.

Oh, I loved that post, especially the part about asking jeeves whodunnit. Technology is just another thing to weave in now, you're so right. I'm just glad I wasn't around to be dumped by text x

Technology is definitely part of the modern novel but as it changes so often we have to be careful that it does not date a novel - not easy (probably why a good part of my novel is fantasy or set in the 1850's so satnav not required on either level!)
Michelle
x

That's true. My MC is a bit of a technophobe - but I did have to concede that even she would probably be able to cope with a mobile phone. It does make a difference to how you plot certainly.

So true! I did write one story set in the 70's and it was intriguing to see how little it mattered that no one had a mobile or laptop, etc... My kids, I'm sure, would shudder at that thought, however... :)))

It's funny (odd that is not ha ha) because I was talking to someone this morning about how things were so much simpler in the 70's when you couldn't find out everything about everyone at the tap of a computer key.

So you're getting to grips with more and more technology, which means your characters will too. The next thing you know, you'll be writing science fiction ;o)

I agree that all this technology makes us have to be a little more inventive than we would have been before t'internet.

Mind you, that said, I'm hopeless with my mobile and I've had the same one for 4 years now.

You see? This is one reason Regencies are so much fun to write.

Jeeves never answers my questions satisfactorily. Technology is changing so rapidly, by the time you have a story finished, it has moved on to the next better thing. It is rather annoying. I opt for the easy way out go back a decade or two. I know pure laziness!

It does seem to be these days that my answer for everything is 'google it'. Great post!

Great blog - how true! My novel in progress didn't start out as historical but is rapidly becoming one because my reclusive character who is forced to face the world simply wouldn't have if he'd had access to email and automated document sharing!

I worry about this too and it's kind of integral to the plot and their personalities that they don't have all this.

I'm struggling with this one at the moment. I'm trying to cut off my main character from her friends, so I've decided the police are going to have to take down her facebook page!

I think Miss Marple may have still been a bit stumped had she been in this day and age. She might have had a mobile and bellowed down it occasionally at her nephew Raymond. She would have had a television and so all her observations about people's behaviour would no doubt have come from Eastenders or Corrie, rather than St Mary Mead.

That woman reminds me of Stacey in Eastenders, so she must be the killer!

I might play more with this idea - it's fun!

Quite right, it is a bit of a worry. But luckily mobiles can still run out of battery or fail to get a signal.
Facebook is a problem but is absolutely everybody on it?

Hi Karen, in my first novel, The Wrong Sort of Wife, technology was crucial to the plot. My main character, Lizzie, de-railed her marriage with an accidental e-mail to her husband! So it can be used to your advantage sometimes. By the way, thanks for your comment on my blog, and glad you enjoyed my second novel, Married with Baggage.

Once we have learnt how to make the interwebs predict the future - i.e. not just find out everything about Whathisnameses but whether everything will turn out hunky dory - we'll be sorted!

Terrific post - it's all quite scary when you think about it. I think you're right, historicals are probably the way to go.

Yep! There was quite a gap between first draft and submission of my first novel, so I had to go back and make a few changes when I realized that a downed land line no longer meant no phone contact in the cell phone age...

Yes, this is so true. I've got myself into a muddle over it with the draft of a novel I wrote some time ago. It wasn't intended to be set in the past, but the hard work that updating it in line with technology will take is daunting. Perhaps we'll see an upsurge in novels set in the past.

Very interesting points to consider. Scary especially for me writing YA fiction because I really need to keep up with techno & social trends. And it made me also think about the longevity of a novel ie. in ten years the technology used is likely to date it.

This is so true. One little mystery in my wip could be cleared up with a couple of clicks from the heroine. There's only a certain amount of 'artistic license' we can use before it just becomes plain silly.

Must be an historical, I am afraid I am obsessive about that.
Great to find you again via Rotwatch - I had lost your URL.
Congrats on the novel and the agent.
I agree the ways of romance are quite different nowadays.

I totally agree - no wonder there are so many fictional detectives flourishing in historical periods!

Tricky. I'll be very interested to read how you got around your various conundra. Were I to write a novel, I'd have to set it either in the past or the future, as it seems today is the time when secrets are impossible, and surely all novels rely on secrets of some kind.

l-plate - Ah yes, so many ways to be dumped these days!

michelle - Satnav in the 1850s would be very fantastical indeed :o)

helenmhunt - That's the trouble - even my mum can manage a mobile and my mother-in-law's just bought a laptop!

anna - My kids can't believe there ever was a time before mobile phones :o))

colette - We seemed to manage though didn't we? Not that I remember the 70s, I'm far too young ...

captain black - My novel's got time travel in it, so I've read more science fiction recently than I ever thought I would!

debs - I've finally got a new mobile. People used to laugh when I got my old one out!

jan jones - Exactly! They leave some things to the imagination :o)

ann - That's the trouble, you don't want to write anything that will date the novel too quickly either!

lilys - I know what you mean, I say it myself at least twice a day!

brokenbiro - I suppose that's the only answer really, unless the character lives out in the wilds - even there you'd probably get a phone signal :o)

jj beattie - It does become a pain - I had to introduce a power cut a couple of times!

denise - That's a brilliant solution! Could they arrest all of technology while they're at it?

jayne - Ooh, I like it. Plenty of scope for an update version definitely :o)

susie - Well, I joined Facebook but I'm not on it very often! If I was I'd probably get even less done :o)

elise - Thanks so much for dropping by :o) And of course, that was the premise of the whole novel. It wouldn't have worked with a handwritten letter!

spiralskies - Ooh, that could be a theme for another novel, a scary one - interwebs predicting the future. I like it. :o)

suzanne - The trouble is I think I'd be rubbish at historicals, much as I love reading them!

anna - That's lovely, thank you! You're not so bad yourself :o)

liane spicer - That's the other problem - too many references and your novel could end up sounding dated!

jean - It would be simpler in some ways, but there'd probably be masses of research to do instead!

katw - It's a tricky one isn't it? I suppose as long as you're mentioning it generally rather than specifically you can get away with it more?

lane - How blummin' annoying. I found myself getting quite cross with the internet every time I realised something like that, even though it's been so brilliant for me in other ways!

cait o' connor - Nice to see you again! And yes I do love reading historicals, but sadly don't think I'd be much good at writing them!

family dog - Why thank you! You're a fine looking specimen I must say :o)

lorna f - Absolutely! They just wouldn't work as well in any other setting :o)

edward - Well I didn't so much get round it in the end as make myself embrace the damn thing (technology that is) and made sure I mentioned it wherever relevant!