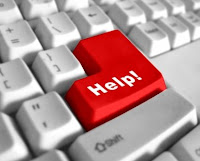 I opened it tentatively, holding my breath, and almost cried again. It was nearly all there. 1000 words and some bits of editing I did yesterday morning had gone; hadn't saved for some reason - must be when the corruption or whatever it was happened - but the rest was intact. In a strange font with no formatting, but what the hell. A victory dance was performed. It wasn't very elegant but the dog didn't mind.
Oh my days. Relieved? I've had a bar of Fruit n' Nut for breakfast to celebrate.
Will I be backing up in future? I already have, in about five different places and now I need a lie-down.
on June 17, 2009

Ooh, Karen - Thank goodness it was there! I was having palpitations just reading your post :-OO

BTW - The novel would have been a great loss to more than just you, missy x

OMG! It's a writer's worst nightmare!

I know the feeling of despair though - I've been there and lost the T-shirt.

You should also print out your words at the end of each session in case of total meltdown.

Anyway, I can imagine your moment of joy when you discovered all was not lost.

Eeeeek! Oh, that is a dreadful feeling (yep, I know it too!)- I'm so glad you got most of it back!

There is nothing worse than losing work is there? I felt sick for you. Glad you got some back!

Karen, I too know how you feel and I also know how you felt when most of it came back (hurray!)
I have now got powerful external hard drive to avoid repeat of incident...pity I can't use it when doing other things around the house...

Dear Karen I am so relieved for you. I think I would have wept buckets if that had been me. After a rebuke from hubby I back up on hard drive and print out a hard copy just in case. Technology is great till it plays with your mind and heart!!!!
Soooooo pleased it came back for you. Hope you savoured your fruit and nut!
Michelle
xx

Oh, Karen, I feel your pain....Nic is right, it's our worst nightmare. I am second drafting now, have two memory sticks and email it to myself every night. Well, I try and remember to do that....

So glad you didn't lose too much. I remember crying, (kicking, screaming, pulling hair) when my laptop died. Luckily someone got it going for me, lost everything else, photos etc but managed to get Word back, thus finding my draft. That was my nasty lesson. x

Bloody computers. Never happened with pen and paper, as Thomas Carlyle can attest.

Glad you got (most of) it back.

I can't even say more than that, except you deserve that fruit and nut bar, that lie-in and those tears, both of sorrow then joy.

Oooh that was a close one. I was beginning to get sweaty palms. Thank goodness you managed to retrieve most of it!

I email myself stuff too. Google Docs is another good place to use as an extra back up.

Holy Shit! I'm sooooo glad to hear that you managed to retrieve most of the novel m'dear. Take note of Lane's suggestion and email yourself. Fruit n Nut for breakfast, I likey :) TFx

Oh what a relief Karen, I was feeling your pain.

Made me feel a bit sick just reading that! We've all done it though. Great news that you managed to retrieve most of it!

I was shouting 'Nooooo!'at the screen through that! Thank goodness you got most of it back!

When I was writing my novel I used to periodically send it to myself as an e-mail attachment, just in case.

Oh, thank goodness! Oh, thank VERY goodness! Now set up a reminder to go back and look at this post every few days.

[word verification: iling - which is obviously filing without the F. I expect you've been using that particular letter so much you wore it out]

Oh what a nightmare! Thank goodness you got it all back.

Oh dear. This has happened to me more than once and I still don't learn. The only thing that I ever back up religiously is the novel.

I felt all pale and queasy reading that! I do like stories with a (mostly) happy ending. Also did some more copies of mine when I got home, thanks for that!

Noooo! was my first response, then luckily I read on.

So glad the computer gods were feeling kind. Maybe they owe you a favour from you helping out a confused library visitor with the catalogue. I had a stack of those credits myself once but sadly all used up and now I'm relying on the ritual sacrifice of old floppy discs at regular intervals.

Thanks for the timely reminder to Back Up Now!

You know I have been here, more than once. I am oozing sympathy but glad you got most of it back.
And yes, I just backed my own data-stick up!

I felt sick reading this.
Thanks for the timely reminder.
I'm so glad you got nearly everything back! 13000 words... i would have more than cried!

Oh my God, Karen - I'm so glad you retrieved the material. 13,000 words is a lot of words. I have to say I'm pretty shameful on the back-up front, even though I should know better - and even though a friend of mine's house was struck by lightning once and it fried every electrical appliance in the place - actually blew the plugs out of the sockets! The only virtuous thing I do is print everything I do as hard copy because I'm such a Luddite. Also, to edit what you've written is far easier on paper than on the screen - you can get a sense of it, somehow. Keep going and good luck with your deadline x

Oh dear god... thank god you found most of it.

I hope you had several big glasses of wine.

It's funny how we all seem to NEED to make this mistake to take the lesson on board. I'm so pleased that the loss was far less than first thought.
lx

Wow. I would have drowned in a bottle of red. So glad it worked out for you!

Oh the emotions. That's happened to me so many times and I always end up writing something better in the end anyway so I try not to get too hysterical when I lose work. I don't actually know how to back up which is really really bad of me. Actually I'm started to get hysterical just thinking about it.

Close one! I obsessively email stuff to myself because I somehow feel things are safer if they exist in the ether rather than just on my computer and memory stick.

I feel you pain! I too have had similar moments - I call them my Mr Bean moments where I linger on the carpet bashing my head off the floor at the unfairness of failing IT. Glad you got most of it back though... And that extra work you had to do will only have made it better. x

Ouch. Reading that made my feet tingle in horror. I'm so relieved to managed to get most of it back. It happened to me once (years ago) and some kindly computer wizz came to the house and found everything for me. I could have kissed him (but didn't want to frighten the poor fellow, so refrained from doing so).

I'm with everyone who felt sick - poor you. But am so glad you got most of it back. Think there'll be a few of us backing up today because of this story.

Good excuse to have some chocolate, though - you've had a nasty shock and sugar will help.

Thank goodness for that save! I would've cried too, I swear. And yes, I am frequently lackadaisical myself. I have "Back up laptop" written in large red capitals on the memo board in front of my face, yet I keep forgetting.

Hell, I'm doing it tonight, though.

So glad you found most of it again. I never feel completely at ease until I've got a printed out copy of everything.

I'm glad I'm not the only one who has been in this situation, and I really like the idea of emailing stuff to myself Just In Case, so I'll be doing that from now on too :o)

I remember once ages ago, before computers, spilling a mug of tea over a notepad I'd almost filled up with writing and it was completely ruined, so I'm clearly no novice at losing work!!